In America you can find similar displays, including miles of road that are decorated with lights that you can drive along and view from your car or entire neighborhoods decked with lights. Even the zoos join in with light displays and extended hours.

In Japan, you can view illumination almost anywhere, but I think my favorite place to stroll and check out the Christmas and illumination displays are in Ginza. The first photo below is at Tokyo Station, but the rest are in the high-class shopping area of Ginza. Each store does its own illumination and window display. Many people are out on December nights to stroll down the streets with you. 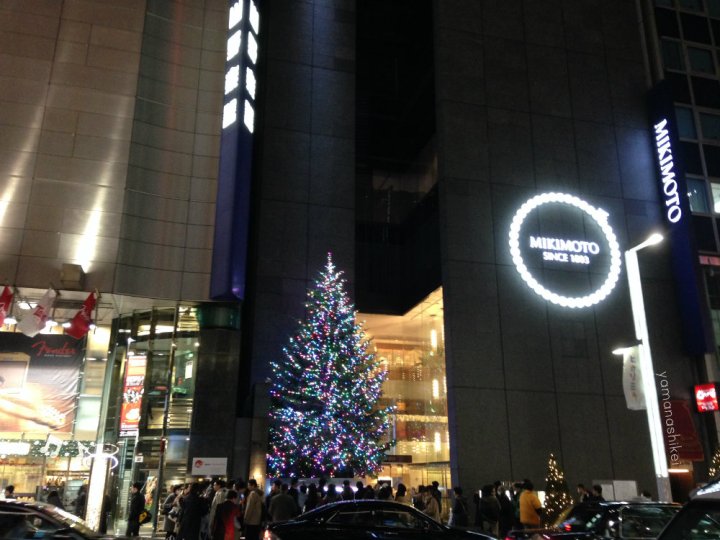 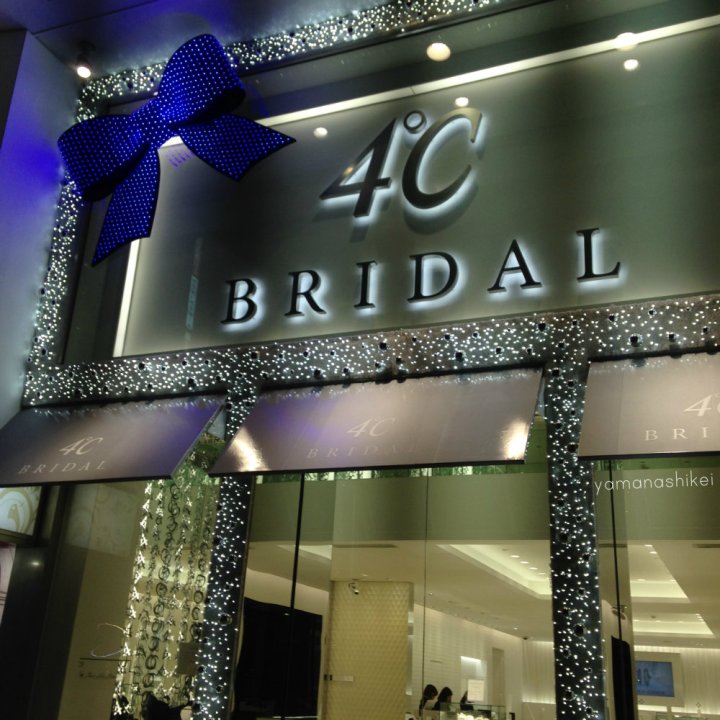 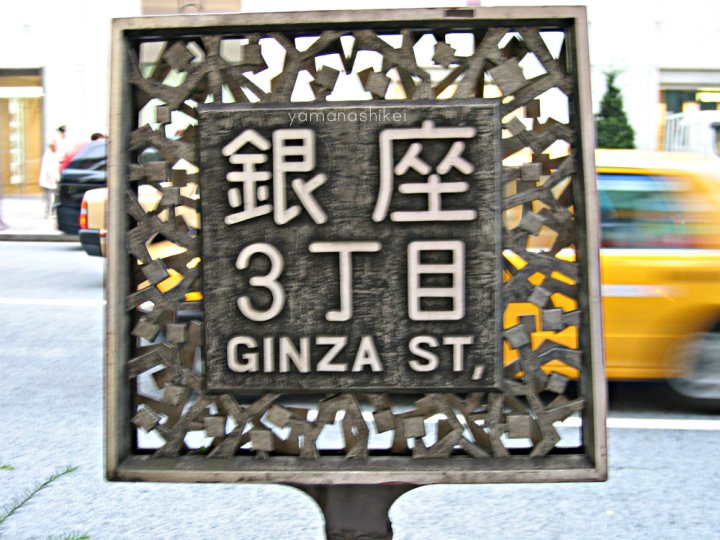 This week’s Photo Friday Challenge involves numbers, so I picked a photo of Ginza 3-Cho-me or 銀座3丁目 (Ginza san-chou-me). My photo only involves one number, but I think it’s an interesting number. This is the 3rd block of Ginza, Japan’s most popular shopping and entertainment district. Ginza’s streets are lined with famous luxury brands on the most expensive land per square meter in Japan (one square meter of land is ￥10 million, which is over US $90,000). Walking through Ginza is always fascinating, because the luxury brand shops create elaborate displays throughout the year (and especially at Christmas).

When strolling through Ginza, I try to emulate the busy people around me and walk like I have a purpose (perhaps buying a diamond at Tiffany’s? a purse at Louis Vuitton?), but more often than not I end up stopping to take photos and stare at the opulence around me. Perhaps someday I will be able to stroll confidently through the stores (and maybe even buy something), but not yet!

What do you think of my interpretation of this week’s theme? Have you visited Ginza’s shopping district? Let me know in the comments!

After returning from Fuji-kawaguchiko on Christmas Eve, I spent Christmas day in Tokyo with my fiance.

Christmas in America is a mainly religious holiday, celebrating the birth of Jesus, and often involves some combination of church visits, family visits, turkey or ham and lots of other food. Even if the people celebrating it are not particularly religious, presents are exchanged and extended families gather together.

Christmas (クリスマス) in Japan is not primarily a religious holiday, and although most Japanese understand the Christian origins of the holiday, they celebrate it without a religious underpinning. Christmas presents from parents are common for families with young elementary school students, but after the 4th-6th grade (depending on the family), presents are limited to birthdays. Christmas is not commonly a holiday where extended families gather, and rather than turkey or ham, Kentucky Fried Chicken is a common holiday meal. For dessert, a Christmas cake is common. This is usually a sponge cake, topped with strawberries and whipped cream.

Rather than being a family-oriented holiday, Christmas is instead mainly regarded as a couples holiday. Couples make reservations at restaurants with special Christmas courses, and then may make a trip to a nearby love hotel. Illumination (Christmas light) events, Christmas gifts, and other Christmas-themed events are primarily directed at couples, making Christmas a very commercial holiday.

My favorite part about Christmas in Japan is the illumination イルミネーション, which is usually a very elaborate Christmas light display. The major places throughout Tokyo and other major cities offer huge, elaborate displays of Christmas lights that twinkle, sparkle, morph, and fade with timing to specific music and patterns. These displays usually happen at night, which comes early enough in winter to have a nice enjoyable show. Most illuminations start in early December, where they mostly run on weekends, and run up to Christmas, when the shows become more frequent.